Urban One Announces Leadership Change At TV One

, /PRNewswire/ -- Urban One CEO , today announced the transition of leadership at TV One. Effective immediately, will be the Interim General Manager with full management oversight of the 13-year-old entertainment and lifestyle network targeting Black adults. She succeeds , former President of TV One. The announcement was made after Siegel, who served the network for two and a half years, recently informed the company of his departure and announced to the TV One leadership team today that he will be leaving the network.  , formerly Radio One, is the parent company of TV One. 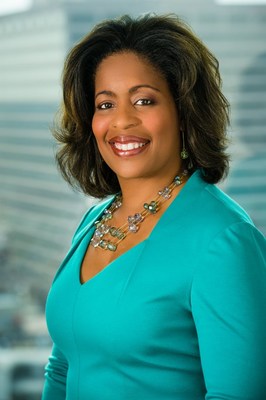 Rice was one of the inaugural employees of TV One, hired as the Vice President, Distribution Strategy and Operations.  She was later promoted to Senior Vice President and ultimately to Executive Vice President, Content Distribution and Marketing.   In this position, Rice was responsible for approximately 50% of the network's revenue and has successfully negotiated all of the network's affiliate deals and increased its content distribution across all platforms. Rice came to TV One with a wealth of progressive leadership experience in cable television spanning affiliate sales and marketing at , NBC Cable Networks and iNDemand. Rice is a graduate of with a degree in Journalism and also holds an M.A. degree in Communication Management from the . She is an alumnus of Women in , Senior Executive Summit program at and the in Communications' Executive Leadership Development Program.

said, "Michelle is business savvy, understands our demographic and has the energy, vision and discipline to position TV One for the future. She has the respect of our industry and I believe in her ability to provide leadership for our network during this time of intense competition, increased platform availability and growing content targeting the Black viewer."

Reflecting upon Siegel's tenure at TV One, Liggins said, "Brad has made many valuable contributions to the network during his tenure and we're grateful for his work ethic, creativity, professionalism and support of our mission to inform, inspire and entertain the Black community. He's also an all-around good guy and we wish him well in his future endeavors."

About
(urban1.com), formerly known as , together with its subsidiaries, is the largest diversified media company that primarily targets Black Americans and urban consumers in . The Company owns (tvone.tv), a television network serving more than 59 million households, offering a broad range of original programming, classic series and movies designed to entertain, inform and inspire a diverse audience of adult Black viewers. As one of the nation's largest radio broadcasting companies, currently owns and/or operates 57 broadcast stations in 15 urban markets in . Through its controlling interest in . (blackamericaweb.com), the Company also operates syndicated programming including the Tom Joyner Morning Show, ,, Get up Morning! with , DL , , Willie Moore Jr Show, Nightly Spirit with Reverend . In addition to its radio and television broadcast assets, owns iOne Digital (ionedigital.com), the largest digital resource for urban enthusiasts and Blacks, reaching millions each month through its Cassius and BHM Digital platforms. Additionally, One Solution, the Company's branded content agency and studio combines the dynamics of the holdings to provide brands with an integrated and effectively engaging marketing approach that reaches 82% of Black Americans throughout the country.

Launched in , TV One serves 59 million households, offering a broad range of real-life and entertainment-focused original programming, classic series, movies and music designed to entertain and inform a diverse audience of adult black viewers. The network represents the best in black culture and entertainment with fan favorite shows Unsung, Rickey Smiley For Real, Fatal Attraction, The Manns and The NAACP Image Awards.  In addition, TV One is the cable home of blockbuster drama Empire, and NewsOne Now, the only live daily news program dedicated to black viewers. In , the company launched TV One High Def, which now serves 14 million households. TV One is solely owned by , formerly known as [NASDAQ: UONE and UONEK, www.urban1.com], the largest African-American owned multi-media company primarily targeting Black and urban audiences.